The Mysterious and Spooky History of Summit County

To celebrate the month of October, we have explored the fascinating, mysterious, and sometimes spooky history of Summit County! We picked our five favorite tales and noted their stories below. Make sure to check out Breckenridge Ghost Tours on your next visit to see some of these interesting history accounts up close and personal!

1. The Haunted Briggle House. Occupied and expanded upon by William and Kathleen Briggle in the early 1900s, The Briggle House is a beautiful Victorian-style home where all the socialites of Breckenridge used to gather. Kathleen was the it-girl of her time, hosting luxurious parties that were often written about in the local paper. While Kathleen eventually moved away from the home, the story is that she returned after her death to the place that brought her the most happiness in life. Today, the home has regular ghostly occurrences, including random flashing lights and mysterious moving objects.  In 2012, a paranormal team came to the home with professional investigation equipment. Through their stay, they noted several intelligent responses to questions that led them to believe there is indeed a ghostly presence in the home. To book a tour of the home and learn more about its history, please visit the Breckenridge Heritage Alliance.

2. The Mysterious Case of Tom’s Baby. Maybe the thought of a "baby" doesn't conjure images of a raw gold nugget, but that's exactly what Tom's Baby was. During a mining expedition in Breckenridge on July 23rd, 1887, Tom Groves and Harry Litton discovered the largest chunk of gold ever found in Colorado. The 13+ pound gold nugget was wrapped in a blanket and carried out of the mountains cradled like a baby, earning it the nickname Tom's Baby. The mystery of Tom's Baby begins when the owner of the mine, Ward, bought the hunk of gold and handed it to a train conductor for a trip into Denver. That day was the last time anyone saw Tom's Baby for nearly 100 years. Eventually, thanks to the vigorous research of author Mark Fiester, the gold was rediscovered sitting in an old wooden box in a bank vault in 1972. But what happened to Tom's Baby during its long disappearance? Furthermore, the gold that was rediscovered only weighed in at 10 pounds, what happened to the other 3 pounds? No one may ever know! The gold is now on display at the Denver Museum of Nature & Science along with other curious minerals, such as the giant Brazilian topaz once owned by artist Salvador Dali.

3. Ghost Towns on Boreas Pass. If you’re looking for a scenic drive on a summer or fall day in Summit County, check out the Boreas Pass. Connecting the old town of Como to Breckenridge, the pass was originally created as a connection for all the old mining towns of the late 1800s. First created for use by wagon, the pass was eventually turned into a railroad in 1882. During its heyday, the Boreas Pass railroad was touted as the nation’s highest narrow-gauge rail line. Eventually, the railway was disbanded as the tracks were needed for supplies during WWII, and shortly thereafter all the towns it ran through crumbled into nonexistence. Take a trip on the pass today and you’ll still see the history of its old mining towns, including the Section House. This old cabin was built in 1882 for rail workers and is still available to rent to cross country skiers during the winter. Many who have stayed in the cabin tell tales of ghostly apparitions of miners and weary train passengers. You can also find many old remnants of mining towns through the pass if you know where to look. Enjoy the beautiful scenery and the history of Boreas Pass on your next visit to Summit County.

4. The Gold Pan Saloon. This is the tale of the oldest running saloon west side of the Mississippi. The site of the Gold Pan was originally founded as Long’s Saloon in 1861 with a simple tented structure, like most of the first structures in Breckenridge. The Saloon opened a permanent building in 1879 which still welcomes thirsty visitors today. During its long-standing history, the Gold Pan has seen shootouts, survived prohibition, and now is said to host the spirits of bar patrons from long ago. Owners and guests of the saloon describe spooky experiences such as flickering lights and doors opening on their own. Several tenants of the upper apartments have also noted the presence of a woman who seems to enjoy caring for the male inhabitants as they sleep, waking them up with the cold sensations of touch on their cheeks. If you’ve never had a chance to visit the Gold Pan, make the stop on your next Breckenridge visit. With food and drinks as good as theirs, it’s no wonder that spirits still enjoy roaming the Gold Pan Saloon to this day. 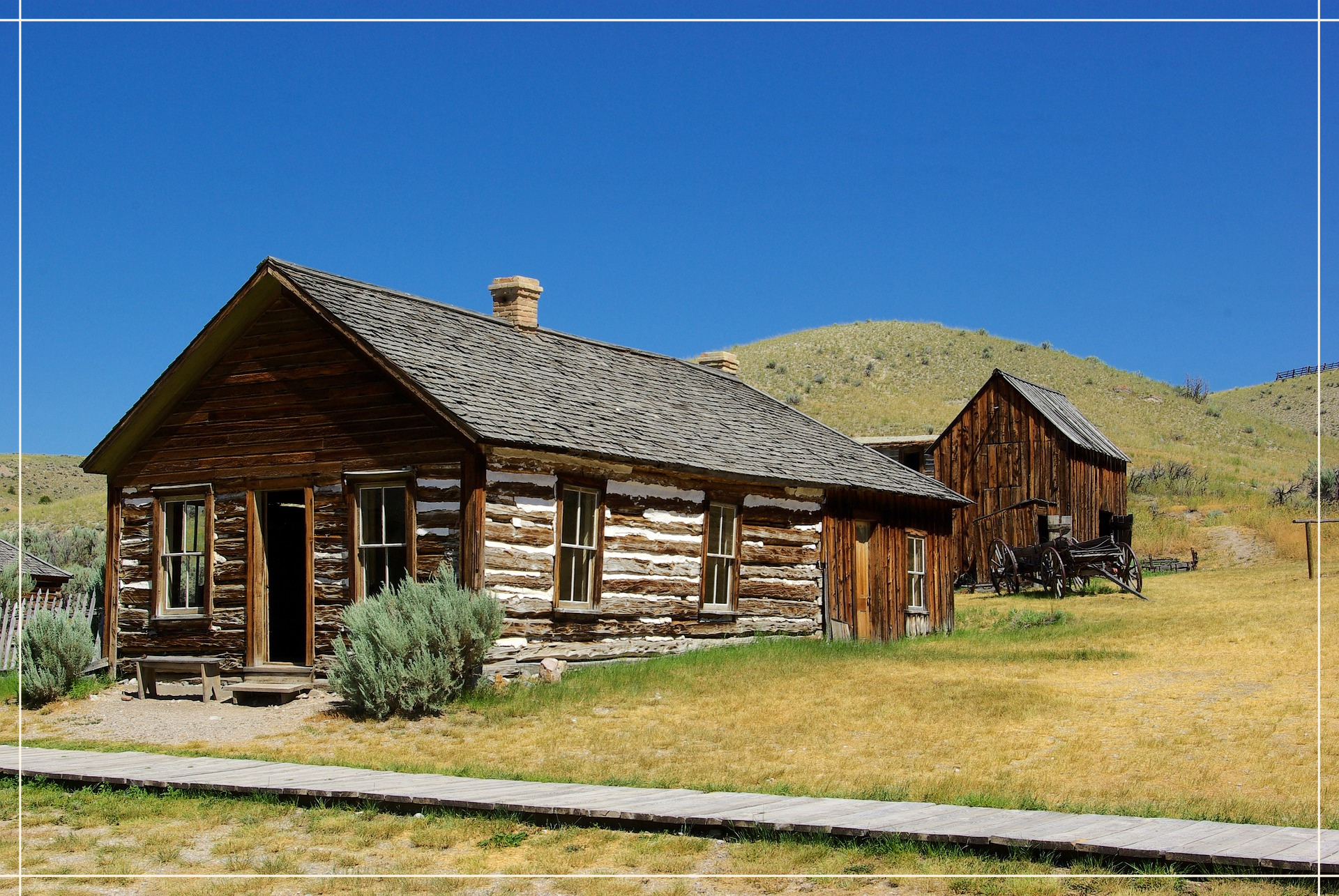 5. The Underwater Town of Dillon. It may not be the lost city of Atlantis, but the history of the town of Dillon, CO has a similar tale. Dillon was founded in 1881 by a mining company of the same name. Originally, the town sprung up with hopes of being a trading hub, however, it lacked one important characteristic: a railroad. Realizing that the train tracks would never lay in Dillon’s current spot, the founders decided to move the town to a new location near the rail line. Shortly after its first move, the founders again decided to move the town to intercept another new railroad being built. This time, the town stood in its spot for many decades. Dillon couldn’t completely lose its wandering ways, though, and in 1955 the town was once again asked to move to fill the area with what is now the Dillon Reservoir. Some members of the community resisted at first, with one resident waiting until the water was up to his ankles before taking his leave. But whether they liked it or not, eventually the town’s structures were either moved, dismantled, or burned to the ground to make way for the reservoir. Once the water began to fill the town, the only thing left standing of Dillon were a few roads and a lingering foundation or two. You can still visit the new town of Dillon today which has some original structures of the old town, including its first schoolhouse from 1883. And if you ever take an afternoon to enjoy a scenic boat ride through the Dillon Reservoir, don’t forget to think of the town that used to stand there, now washed away.